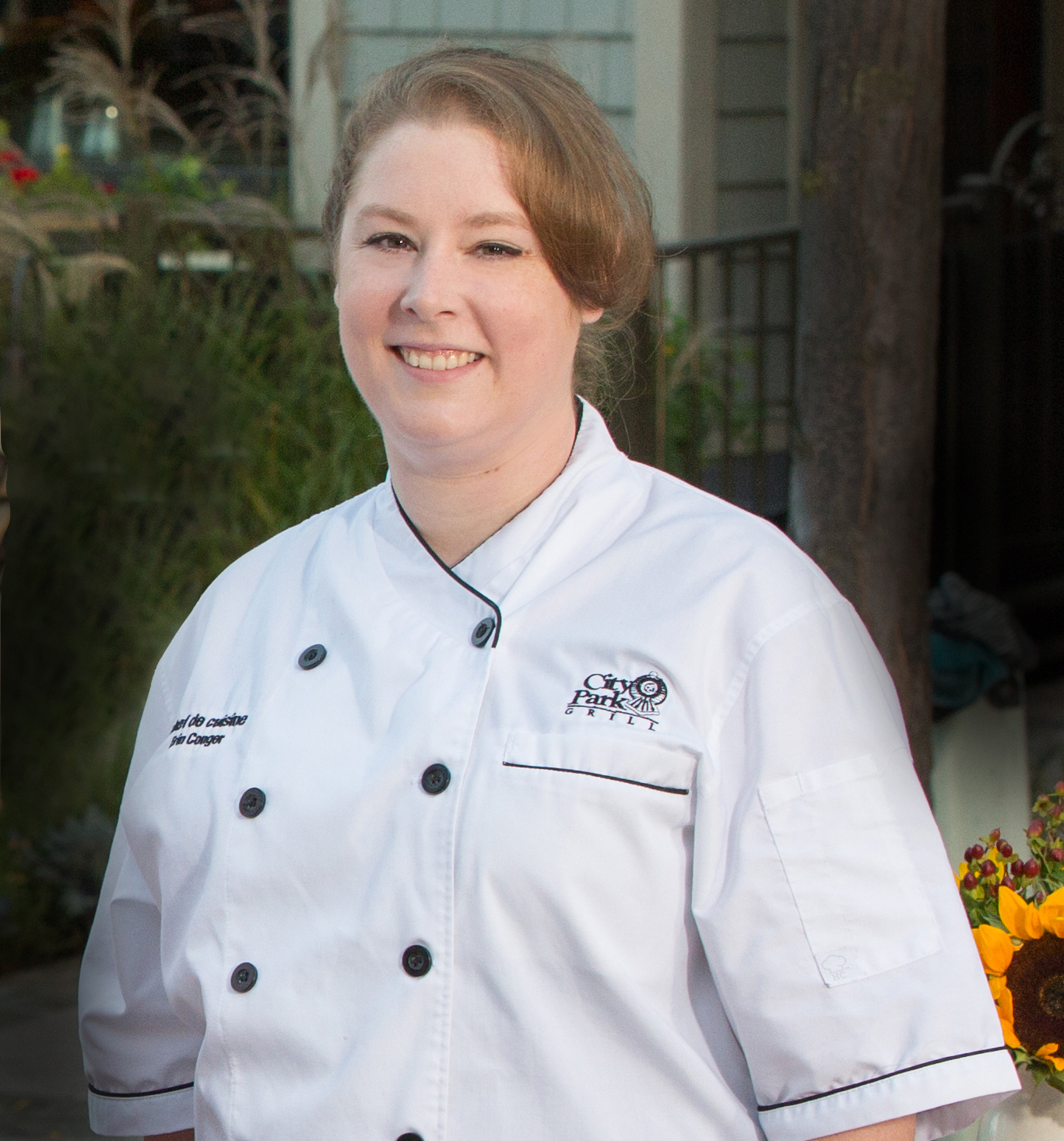 The 24th of April marked a significant 24th anniversary for Erin Conger of Wineguys Restaurant Group, the parent company of Roast & Toast, City Park Grill, Palette Bistro and Wineguys Catering, all of Petoskey. Twenty-four years ago, Erin joined the Wineguys team as a teenager at Roast & Toast on the 24th of April, where she worked for nine years.

For the last 15 years, Erin has filled several roles at City Park Grill, working her way up in the kitchen to Chef de Cuisine. “Her anniversary is the ideal time to announce her promotion to Assistant Executive Chef,” shares Wineguys Executive Chef John Norman. “This promotion expands Erin’s role company-wide.”

“I am so excited about Erin’s anniversary and promotion,” expresses Mary Keedy, Wineguys partner. “She is a significant reason for our success over the years. She is an incredible colleague and a great boss.”

Wineguys Restaurant Group prides itself on promoting from within. “Since our inception with the opening of Roast & Toast in 1993 and City Park Grill in 1997, we have encouraged colleagues to thrive within the organization,” explains Bob Keedy, Wineguys Restaurant Group partner. With the exception of some seasonal help, “most of our staff members recognize the advantages and consequently have long-standing tenures.” Wineguys restaurants offer benefits not always found in the food service industry, such as paid time off (PTO), healthcare, discounts at partnering restaurants, and shift meals. “We value our team members and encourage their longevity with Wineguys,” Bob Keedy adds.