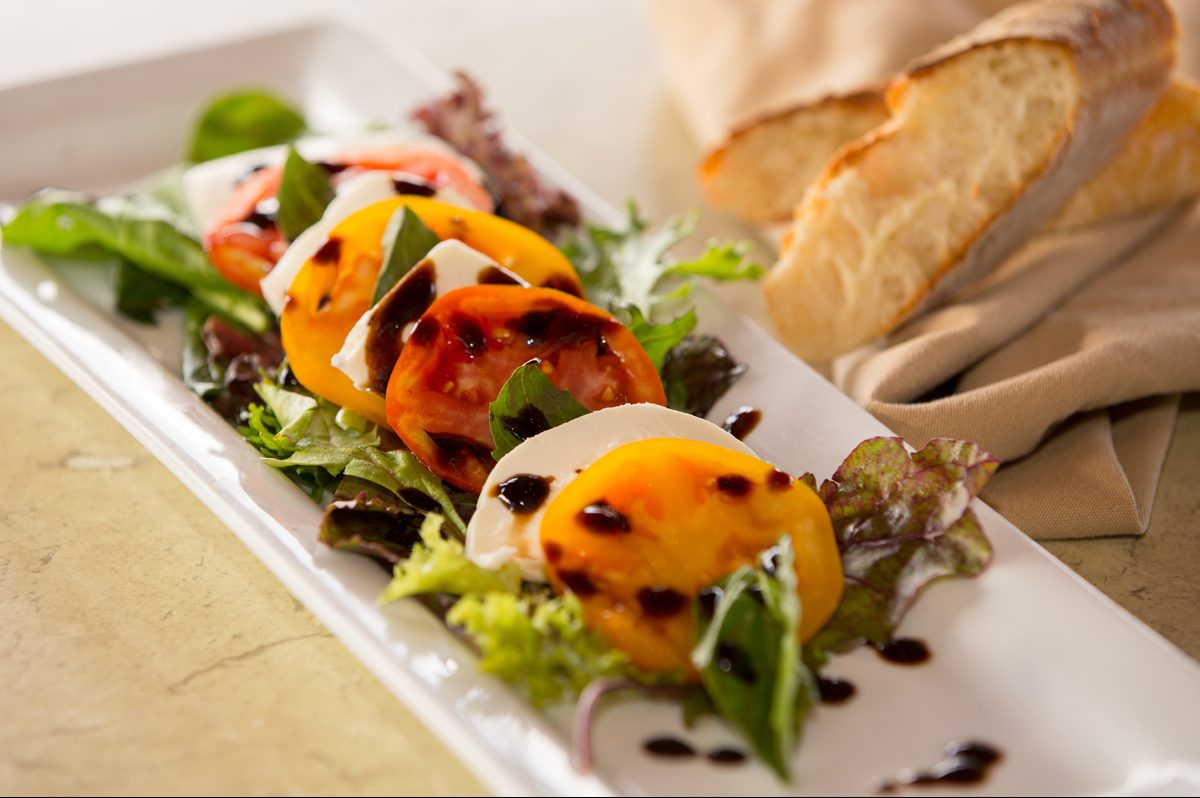 Hey all you animal lovers, we’ve captured a scope of vegetarian and vegan options around town to fill your foodie fix. The following restaurants, all located in downtown Petoskey, are described by their herbivorous options.

City Park Grill features the most options with a separate vegetarian and vegan menu. There are two sections, totaling 24 meatless options. Some worth noting: grilled portobello mushroom strips, vegetable jambalaya and mediterranean linguine.

Indulge in one or two scoops of gelato from American Spoon Gelato on your next stroll through town. The six vegan flavors are: pineapple, raspberry, mango passionfruit, lemon, lime and black raspberry.

The four vegan options at Pour include: sushi — pickled asparagus roll, the house burger substituted with a vegetarian burger, the Ethiopian roasted vegetable and fried rice.

This bistro has a few entrees that are veggie infused and vegan friendly: Duffy’s salad, Mary veggie salad, and veggie burgers.

Top vegan sandwiches at Julienne Tomatoes include: ghost of grain train, it’s all Greek to me and Drew’s delight. Staff added that any sandwich can be modified to omit cheese or meat and they also offer gluten free bread and wraps.

Harissa cauliflower and brussels sprouts and a vegan nacho appetizer are on tap at this watering hole. A more filling option could be the vegan impossible burger topped with arugula, tomato, grilled onions, vegenaise served on a vegan bun. The manager noted that different entrees can be refitted with a gluten free and vegan bun or as lettuce wraps.

Snag a morning boost with oatmeal with the works or the coconut almond granola, two of seven vegetarian items from the breakfast menu. Lunch has four options, and one vegan being the kale salad. Most items can be made vegan by voiding cheese. High on the lunch menu is the power lunch — curried cauliflower, roasted sweet potato, black beans, avocado, cilantro, seasoned brown rice, Greek yogurt, and lime.

With four salad and four sandwich choices plus a rotating soup bar, this eatery is marked vegetarian friendly and can be easily adjusted for vegan needs. The sandwiches range from a pita with roasted garlic hummus, spinach, tomato, carrot, red onion and avocado or a grilled cheese and quesadillas from the grill.

The deli at Parkside Grill makes custom sandwiches by the ingredient, ideal for any and all picky eaters. Of the few advertised sandwiches there is one vegetarian option, the #5: carrot, zucchini, radish, cucumber, peppadew pepper, honey-lime vinaigrette, feta spread, lettuce, sun-dried tomato swirl bread.

The scratch kitchen at Palette Bistro can make most dishes custom to the connoisseur, catering to vegetarian and vegan preferences. Beyond salad and soup choices, their menu has one large-plate called the vegetable paella — peas, brussels sprouts, mushrooms, broccoli, arborio rice, sherry and smoked paprika.