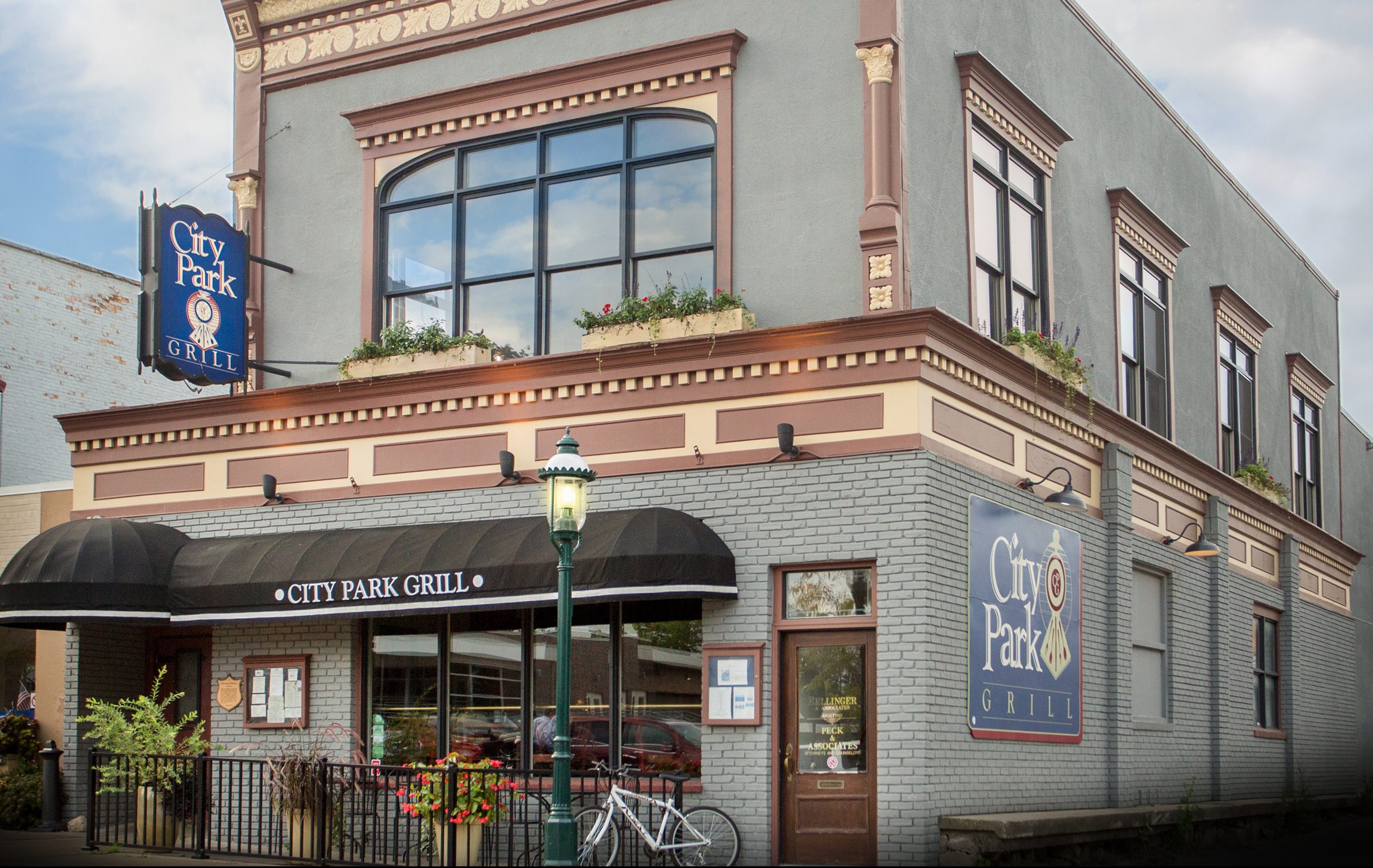 PETOSKEY — The most recent business to occupy 432 E. Lake St. in downtown Petoskey, the City Park Grill, is celebrating its 25th anniversary.

In 1997, City Park Grill founders Bob and Mary Keedy and Dick and Laura Dinon acquired the historic building in order to open a casual restaurant with good food and wine at affordable prices.

“…there were not a lot of Petoskey-area restaurants with good food, an extensive wine list, and casual atmosphere to bring your children at reasonably priced so you could eat out often,” co-founder Mary Keedy said.

While the menu has evolved over the years, the grill still evokes the history of the building, with the 32-foot bar from the 1880s, parts of the original tin ceiling still intact, and events like Annex Karaoke paying tribute to the businesses that previously occupied the building. 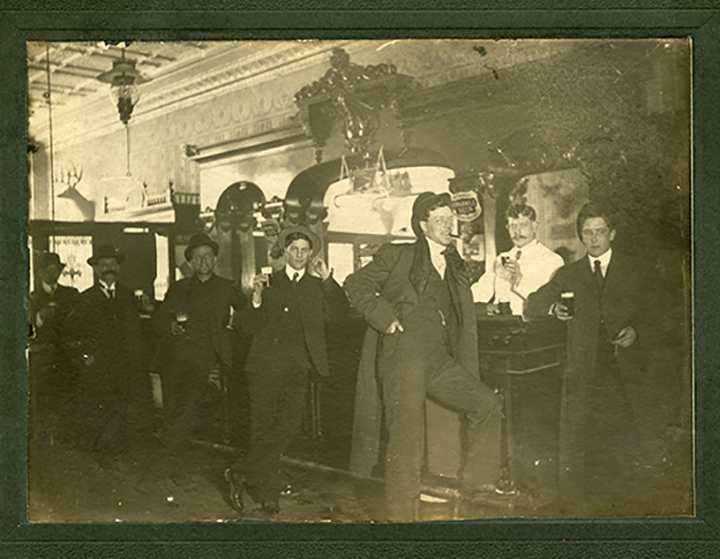 “We do embrace the history. It’s not a modern looking restaurant…to our credit, I think a lot of guests really appreciate that…,” said Patrick Faylor, director of operations.

“…I think it’s proven to be successful and it really has legs, so to speak, that it’s been 25 years, same concept really, and we’re just continuing on that path of development, keep it together while trying to advance at the same time.”

City Park Grill continues to serve the Petoskey community from a building almost as old as the town itself.

The building started as McCarty Hall in 1875, a men’s only-club that served cigars and alcohol. This Lake Street building would go through several other incarnations before becoming City Park Grill. A full history of the building is available on the restaurant’s website. 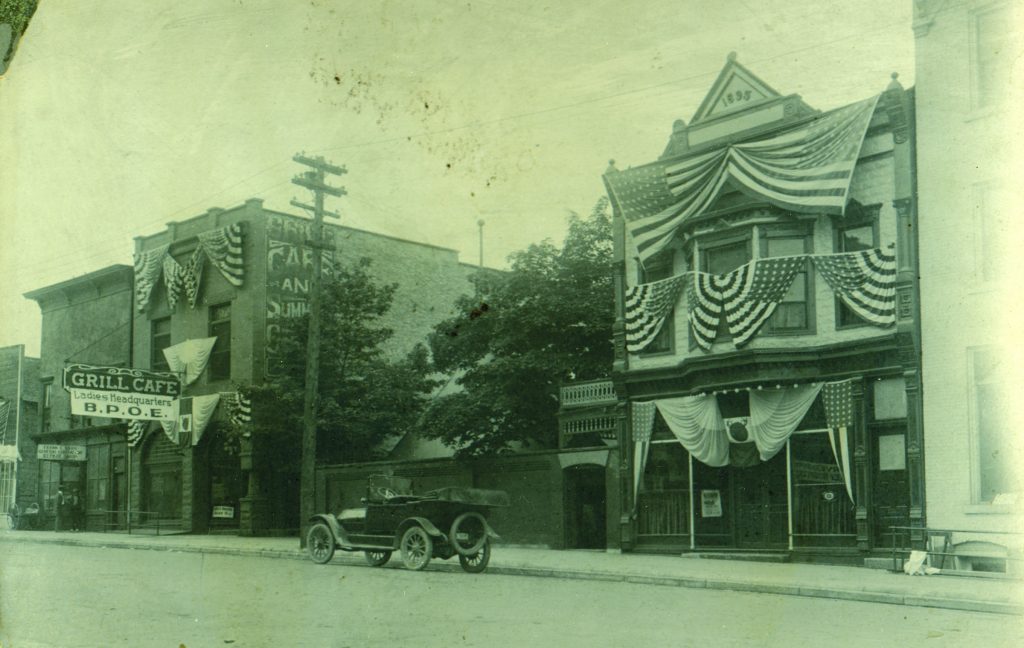 “It’s pretty awesome and a little wild,” said Joe Keedy, one of the Wineguys Restaurant Group partners and son of founders Bob and Mary. “You see it in the people, generations of both guests and staff members…we run into people who used to work here, and now their kids work here and live up north. Or, we’ll have parents bringing their kids and their kids bringing their kids that aren’t even from the area. It’s…awesome to see these types of generational ties all across.” 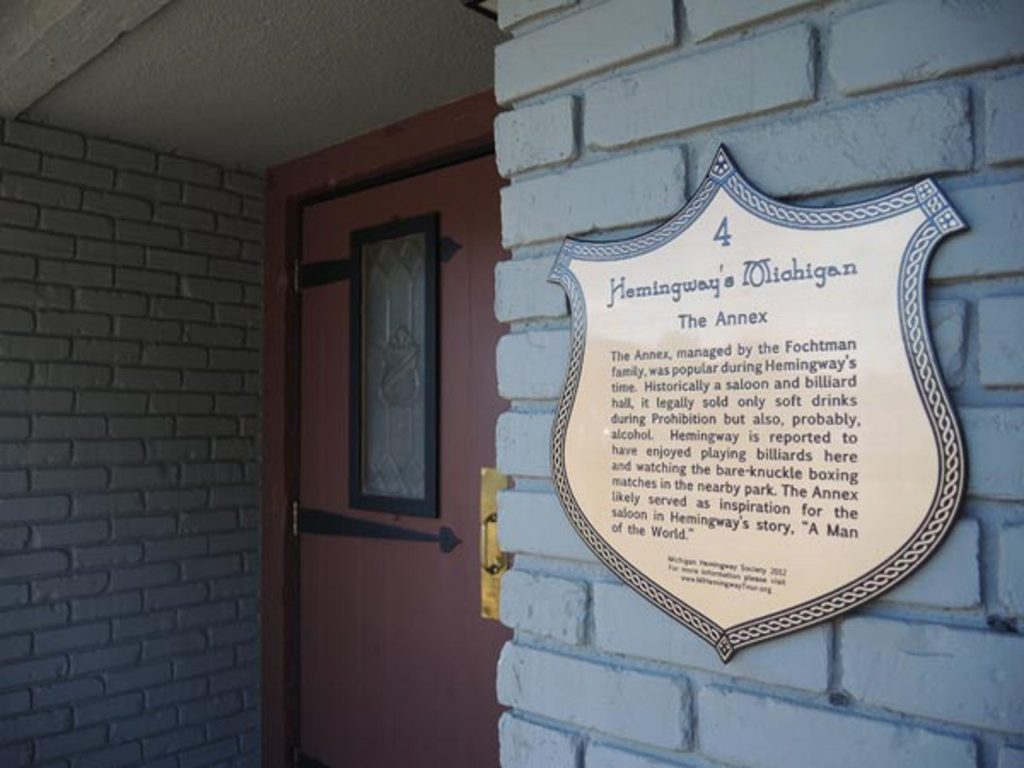 Ernest Hemingway is reported to have spent a lot of time at the Annex, which is now known as City Park Grill in downtown Petoskey.

From Ernest Hemingway to prohibition to the COVID-19 pandemic, the building has seen and been a part of notable history. With a building as old as this one, it makes sense that there have been reports of paranormal experiences from staff.

In all her time at the grill, Mary said she only had one experience herself. In 1997 while speaking to a Petoskey News-Review reporter about the grill’s opening, she showed the reporter a photo on the wall of Frank Fochtman, who bought the Lake Street building in 1897 and transformed it into the Grill Cafe. While telling the reporter about Frank, Keedy said a dime shot out of the payphone that was in the grill at the time, despite no one standing near it. 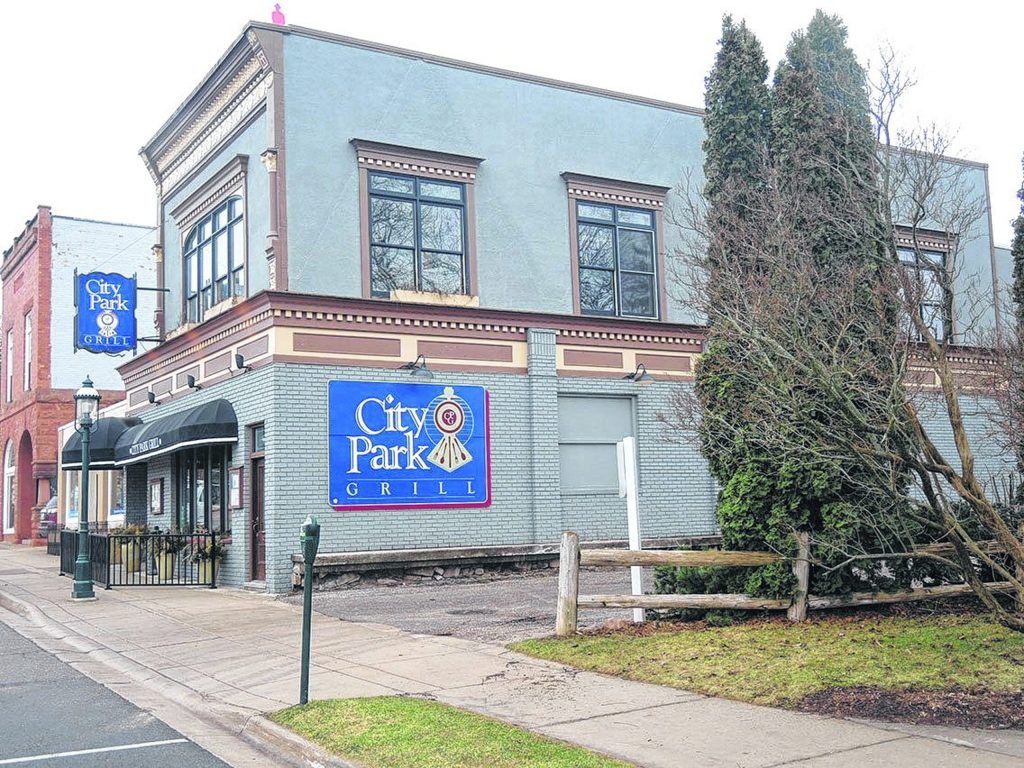 “Thinking back, I never imagines 25 years ago that we’d still be doing this today, though I never dismissed it either. It was a completely new venture for me,” co-founder Dick Dinon said. “It’s been a great ride. It’s been tons of fun and very interesting, and I think that we’ve provided good value and good service to the people of Petoskey and our out-of-town guests for the last 25 years.”

To celebrate the 25 year anniversary, City Park Grill will be hosting several events throughout May which are listed on the website.