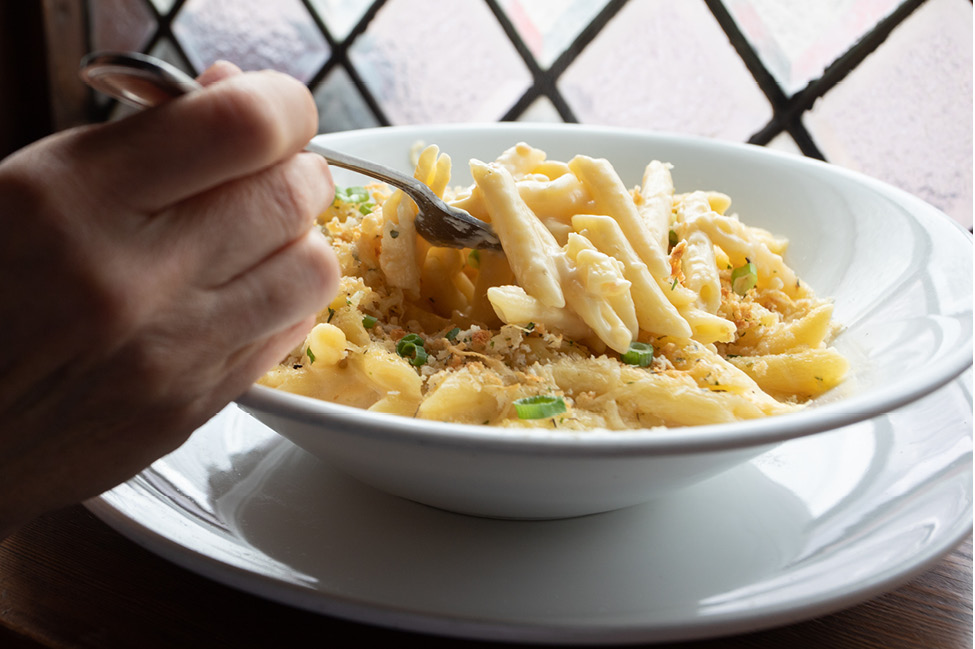 Though one can find Macaroni and Cheese recipes dating back to the thirteenth century in southern Italy, it wasn’t until the Kraft Company decided to put it in a little rectangular blue box in 1937. With the slogan “make a meal for four in nine minutes,” Kraft Macaroni and Cheese quickly became a mainstay on most Americans dinner menu.

With the drop-in temperatures and the leaves quickly falling, it’s sure that Fall is here. To complement this season, City Park Grill created Mac N’ Monday featuring everyone’s favorite comfort food. Each Monday, City Park Grill will offer different varieties of Macaroni and Cheese with specialty cheese combinations sure to please every palate. “We have guests who visit every Monday,” explains General Manager Joe Keedy. “The City Park Grill Mac n’ Monday is prepared with a five-cheese sauce and a parmesan-herb crust. Variations might include a protein addition, like chicken, sausage, shrimp” Featured preparations have included BBQ pulled pork and braised beef. “And for those who are on the run, especially during fall sports season, this a great to-go option,” Keedy adds.

City Park Grill is located at 432 E. Lake Street, downtown Petoskey. For reservations or to-go orders, call 231.347.0101. Visit cityparkgrill.com for more a full menu of options and an events calendar.