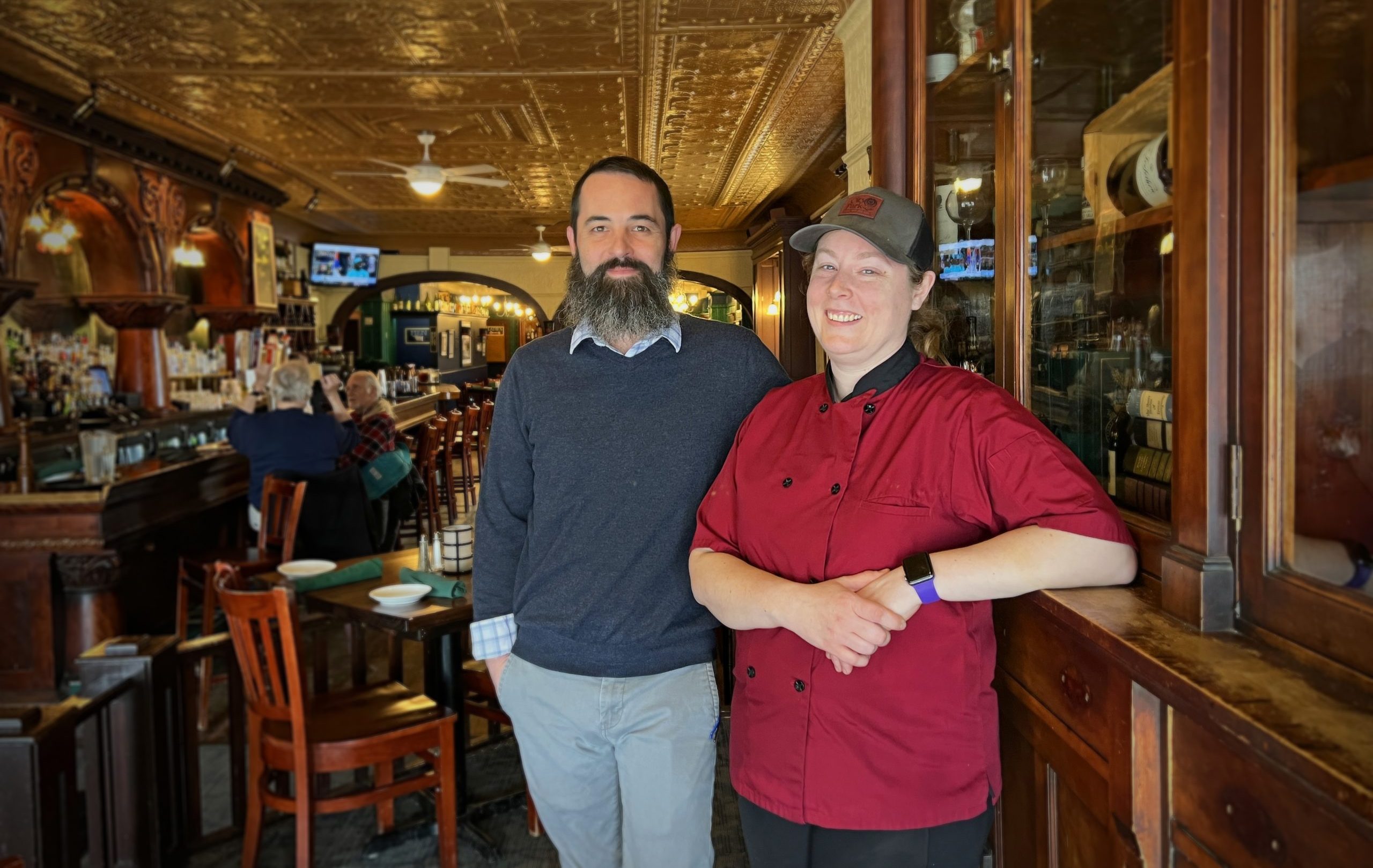 Erin Conger, Wineguys Restaurant Group Assistant Executive Chef, has become a partner with the Wineguys company. Daniel Gosciak has been promoted to City Park Grill General Manager. Both Erin and Daniel started their Wineguys careers, working together at Roast & Toast in the late 90s.

At Roast & Toast for almost 25 years, Erin progress through several positions for nine years. The following 15 years, she filled several rolls at City Park Grill, working her way up in the kitchen to Chef de Cuisine. In April 2021, Erin was promoted to Assistant Executive Chef of the Wineguys parent company, working alongside Executive Chef John Norman. “Erin’s dedication to the company and extensive culinary background makes her a valuable addition to the executive team,” shares Norman.

After many years at Roast & Toast, Daniel Gosciak began working for City Park Grill as a server in 2017, working his way to bartender and eventually manager. “Daniel’s latest promotion to General Manager was a natural fit,” shares Patrick Faylor, Wineguys Restaurant Group Director of Operations and partner. “From the beginning, Daniel’s growth potential with the company was apparent. City Park Grill is in good hands.”

Wineguys Restaurant Group prides itself on promoting from within. “Since our inception with the opening of Roast & Toast in 1993 and City Park Grill in 1997, we have encouraged colleagues to thrive within the organization,” explains Joe Keedy, Wineguys Restaurant Group partner. With the exception of some seasonal staff, “our employees recognize the advantages and consequently have long-standing tenures.”

Wineguys restaurants offer benefits not always found in the food service industry, such as paid time off (PTO), healthcare, discounts at partnering restaurants, and shift meals. “We value our employees and encourage their longevity with Wineguys,” Keedy adds.